The Stories We're Told About Early Civilisations Are Bollocks - Here's Another Proof Of It.

A Pyramid Discovered In Antarctica Is Similar To The Ones At Giza, Egypt. WTF? 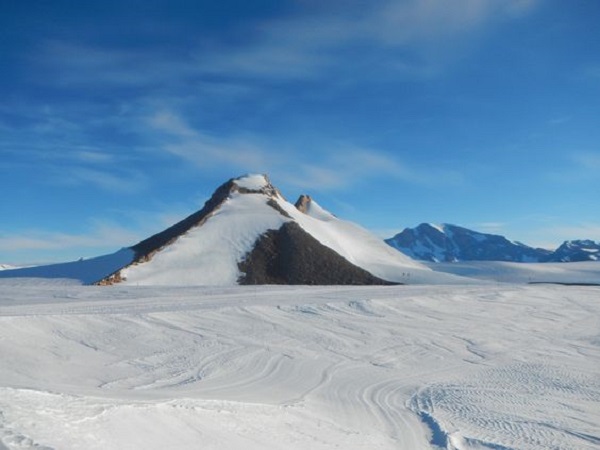 Few people now believe absolutely that the world was created by a supreme being just over six thousand years ago (if that is what you believe then I respect your right to do so, please respect the right of other to differ,) but the official narrative that the first civilized communities arose in Egypt are equally dubious. There are many ancient sites in what is now Iraq and Syria, but their antiquity is surpassed by sites in India, Indonesia and Turkey.

And then there is a heap of evidence that an advanced civilization existed before the end of the last ice age (even The Bible mentions that before the flood 'the earth teemed with people.'

And then there are the discoveries of writers like Graham Hancock, Robert Bauval and David Hatcher Childress who have dared to challenge the high priests of the academic world and, while unable to offer solid evidence to support their speculative theories on the early development of human civilisations, have driven several large trucks through the fudges, opinions-masqueraing-as-facts and downright dishonesty of academic archaeologists. The case is we do not know, and cannot know with any certainty what was going on in these communities. Even where some kind of written evidence exists, all it truly shows us is that the ancients had a very different approch to recording and communicating information to those we use.

It is professional suicide of course for anybody in the academic world to challenge the consensus, which is arrived at by the highly scientific method of simply disregarding any evidence that that thows into doubt the establisment version of history.

Now, however, evidence has emerged that one of the speculative theories put forward by Hancock and others may have more substance than the establishment would ever want to admit. A pyramid, similar in design to those at Giza, has been discovered in Antarctica.

Of all the mysteries left by ancient civilizations for us to puzzle over, the greatest mystery centres around the necropolis at Giza in Egypt, where three enormous pyramids have stood for over five thousand years. The first mystery is that Giza is not a necropolis, the pyramids were not built as tombs, or at least there is no sign that they ever contained bodies. There are many theories as to what they might have been but none can be proved.

In Europe, Asia and Africa we have many other ancient sites which astound us with not just the craftsmanship of their construction but the question of how such vast and complex structures could have been built with brinitivetechnology.

Insead of being solved by 'advances in science' the mysteries only seem to deepen. Explorers and researchers have now come across a gigantic pyramid, built to a similar design as those at Giza, in the frozen wastes of Antarctica. Its shared features with Giza’s Pyramids suggest the academics, who are nothing if not dogmatic, might soon see the edifice they have constructed around their academic egos crumble in a scene similar to the climax of an Indiana Jones story.

At the very least the discovery destroys the timeline for civilisation's development that has been taught in schools and universities for over two hundred years. The South Pole continent was once a green and pleasant land to be sure but to the best of anyone's knowledge it has been a frozen desert for around fifteen million years. So who (or what?) could have built a pyramid in such a place?

This new structure could be the remains of an unknown ancient civilization, there is plenty of evidence elsewhere that such an advanced civilization existed. Maybe it was constructed with help from extraterrestrial beings as some theories suggest. Or, as it is well documented that the Nazis had an interest in Antractica during World War Two, and there could have been no strategic advantage in creating bases there, perhaps they had something to do with it. The theories about what Hitler's scientists might have been doing range from whacky to downright bonkers.

Having said that however, Google earth shots of the area where the Nazi base was allegedly sited show some strange structures that are not likely to have been created by natural forces.